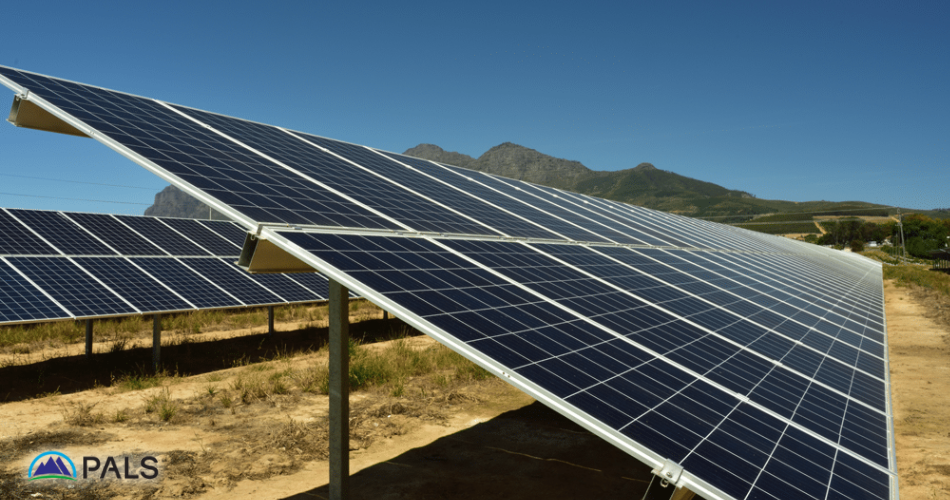 By the time the devil of apartheid was officially demolished in the early 90’s virtually all successful farms were was owned and operated by whites. Fact. Suddenly there were many black prospective farmers wanting to be part of this practice. Fact. Deservedly so. Very few of them had the knowledge, exposure and training to farm successfully. A fact that hurts.

There were (still are) many government owned farms and many prospective black farmers were given the right to use, and even own these farms. But having a farm doesn’t make you a farmer if you don’t know how to use the land. How to get water rights. The harvests shrink while the decay blossoms.

Meantime many things happened on political and government level. The ANC cracking up. The Madiba euphoria is but a memory. State capture and the Guptas. Eskom’s fading. And land appropriation without compensation is still top of the pops.

Introducing PALS  ̶  Partners in Agri Land Solutions  ̶  offering a formula bigger than politics or black and white per se. PALS formulated an alternative initiative proposing a workable solution for successful land reform to the national government. It is all about establishing successful commercial black farmers via an inclusive consultation process, mentorship and training. It’s a simple structure: An established commercial (read white) farmer and a black farmer or a black farm group form a company with appropriate shareholdings. They identify an economically viable farm and the two parties develop this land in unison. The key to the success of the PALS philosophy is partnerships.

At present there are 25 projects where once emerging black farmers are now successful commercial farmers. It all began when Karel van der Merwe and Johnny Karolus joined forces. Karel, owner of  Donkerbos, purchased the farm Disselfontein and together they formed the company Eyethu Intaba in a 70/30% split initially with the aim to up the shareholding of the 13 Disselfontein shareholders to above 50%, creating a black owned farm. In 2018 Johnny Karolus was promoted to farm manager. Everything today on Disselfontein is on par or better than Donkerbos. The value of Disselfontein quadrupled in only eight years. That. Is. PALS.

The PALS initiative’s noticeable successes spilled over to other provinces and regions and today there is PALS Witzenberg, Maluti Farming PALS in the Free State and Mpumalanga PALS. And this is only the beginning.

However, the PALS philosophy needn’t, no mustn’t, only apply to agricultural reform. It can be applied to every sector of the potpourri of a country’s existence. It doesn’t matter how it happened (and pointing fingers is not going to help) but our country is not in good shape at present. From Eskom to potholes and widespread municipal decay. Rubbish overload and unemployment. Does one need to carry on?

Take electricity as an example. Eskom’s tariffs escalated by 177% over the last 10 years. Load shedding is going up, stage by stage. How it happened is irrelevant. What we are going to do to stop the lights going out is relevant.

Now, look at the PALS philosophy. There is archaic Eskom on the one side and industries, farmers, businesses and private citizens going greener with solar and wind on the other. Eskom doesn’t make it easy for these greener alternatives because they don’t want to lose more and more consumers. If you sell your oversupply of solar power to Eskom, they pay 70c per kW/h, but if you want to buy it back, they charge you R1,17!

But what if both sides form a partnership? You’ll have Eskom on the one side and a green power consortium on the other. And just like with agricultural land reform, the link will be a company where knowledge, capabilities and manpower becomes a joint force in order to obtain the common denominator – effective, affordable and sustainable electricity supply.  An example: Since 2014 there has been a shortage of electricity capacity in the 132 kVA supply line servicing Ceres and the Koue Bokkeveld. Upgrading it will  cost in excess of R360 million and take until 2030 to complete. In an attempt to counter this looming disaster a task force was formed between PALS, Witzenberg Agri and the municipality.

In an effort to stimulate inclusive economic growth, PALS mobilised private sector support to facilitate upgrades and a hybrid energy project.  The proposed interventions include the upgrade of the 132kVA power line, a solar farm, hydro-electric pumped storage and a wind farm.  The investigations and negotiations to facilitate the proposed interventions and financing thereof are currently attended to by PALS via experts and will hopefully lead to sustainable energy solutions. This. Is. The future.

Dr Reuel Khoza, businessman, farmer and former CEO of Nedbank as well as Eskom, summed it up perfectly at last years SA PALS symposium: “There is a need for orderly land reform and a huge legitimate desire from black emergent farmers. I plead with you who have generations of knowledge in farming to partner with them. Otherwise we may very well be sitting on a powder keg. In fact, the PALS initiative should not only be in farming, you should have it even in politics. The workable solution for us as farmers, for us as a country and a nation, is actually in our hands. By partnering, South Africa will be stopped from becoming a basket case, but become a bread basket for Africa and the world.”

The land is shouting #Stronger Together. Let’s do it. Now is the time.