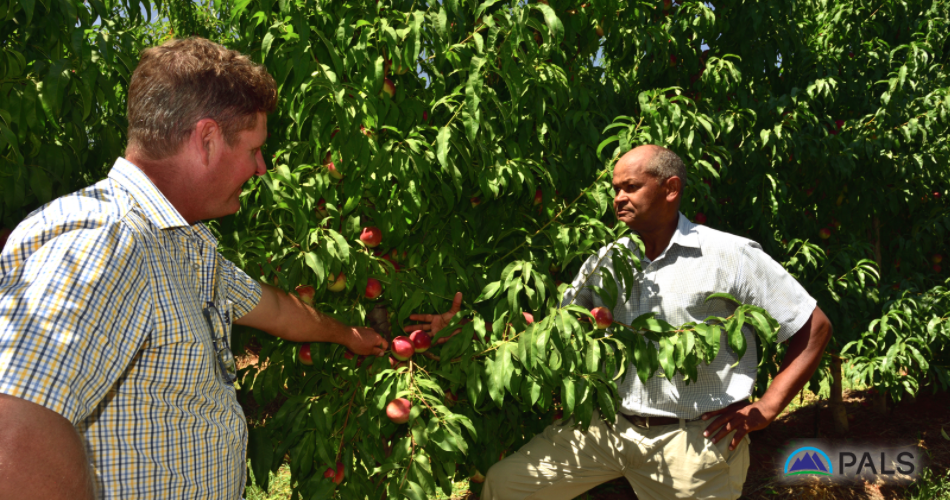 Raymond and Mary Koopstad, stone-fruit export producers, have been farming in the Western Cape since 2003. They acquired the farm with funding from land redistribution for agricultural development (LRAD). In 2015 they restructured the business model and joined Witzenberg PALS, forming La Vouere (Pty) Ltd with Peter Wolfaardt from Verdun Estates as mentor and partner.

Over the next few years the Koopstads and Wolfaardts worked tirelessly hard and got to a point where they were doing incredibly well, but still needed to try even harder. “The harder I try, the luckier I get,” goes the famous Gary Player quote.

It was at this stage that FNB became part of the project. “An extra piece of land with very good water became available,” Raymond explains. “But the only way to afford it was to finance it. My partners, the Wolfaardts have been dealing with FNB since a long time ago. Their good name and connection was key to the outcome of this transaction. With the newly acquired water we were able to plant an additional 18 ha of stone fruit. Which in turn resulted in more jobs.”

According to Raymond, FNB was hands-on and didn’t drag their feet processing and approving the deal. They gave him a very reasonable rate, allowing him to already have paid back 50% of the original loan.

“Being part of PALS definitely counted in favour of La Vouere to obtain the loan,” he continues, “PALS helped with the assessment of the role players for the project and supplied supporting motivation as part of the application. It’s incredible what FNB is doing for agriculture. I will partner with them again.”

Raymond vividly remembers waiting with baited breath to hear what the verdict was. That’s when Johan Janse Van Rensburg, client portfolio executive based in Paarl, phoned Raymond, asking him if he could see him very early the next morning on La Vouere.

“The next morning 6.30 I signed the agreement on our farm. It wasn’t even necessary to go in to the bank. Johan brought it to me. Now that is special!”