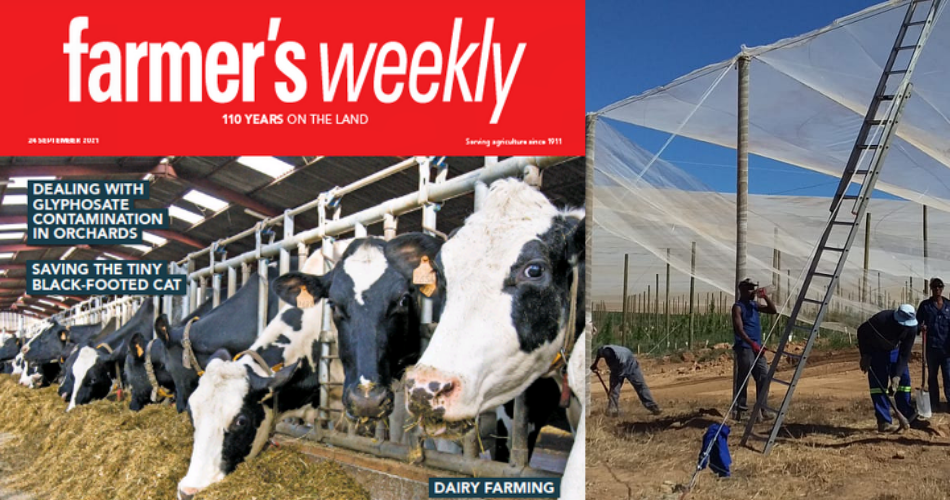 Partners in Agri Land Solutions (PALS) has made good progress with expansions over the past year, not only in the Western Cape but also in the Free State, Mpumalanga and North West.

“We need to ensure that the proven PALS framework of establishing sustainable agribusinesses on solid business and legal foundations is the preferred and accepted framework for all role players, to stimulate inclusive agricultural growth,” Lien Spies, chairperson of Witzenberg PALS, said at its recent virtual annual general meeting.

She said South Africans needed to stand together to prevent South Africa from turning into a failed state.

“Messages on social media are not going to make a difference to violence, corruption, poor service delivery and the absence of opportunity.

“Change will only be achieved through practical, executable plans.”

She added that the PALS regional centres and its bottom-up approach had proved on a practical level what can be achieved if black and white farmers, communities and role players worked together towards inclusive economic growth, job creation and social cohesion.

Prof Elmien du Plessis, associate professor in the Faculty of Law at North-West University, told delegates that farmers needed to take note of political developments and participate in processes as far as possible, and not allow politics to interfere with the good work and progress they were making.

“If you want to expand production, buy a farm and expand production. Just make sure there aren’t any claims on the land, as land may be expropriated without compensation, although this is highly unlikely as government has never taken this course before.

“Also, the big pressure for land is near cities and towns, with illegal squatting being a bigger threat there.”

Du Plessis said she was not in favour of giving ownership of land to farmers on communal land.

“The problem with communal land is that it’s linked to a specific community. Giving land ownership to community members would threaten the community by resulting in foreigners being able to buy into a region. Instead, ways should be developed to strengthen the rights of communal farmers to allow them to access finance more easily. One way would be to [establish] a division that records the rights of farmers, as is done at the Deeds Office.” – Glenneis Kriel 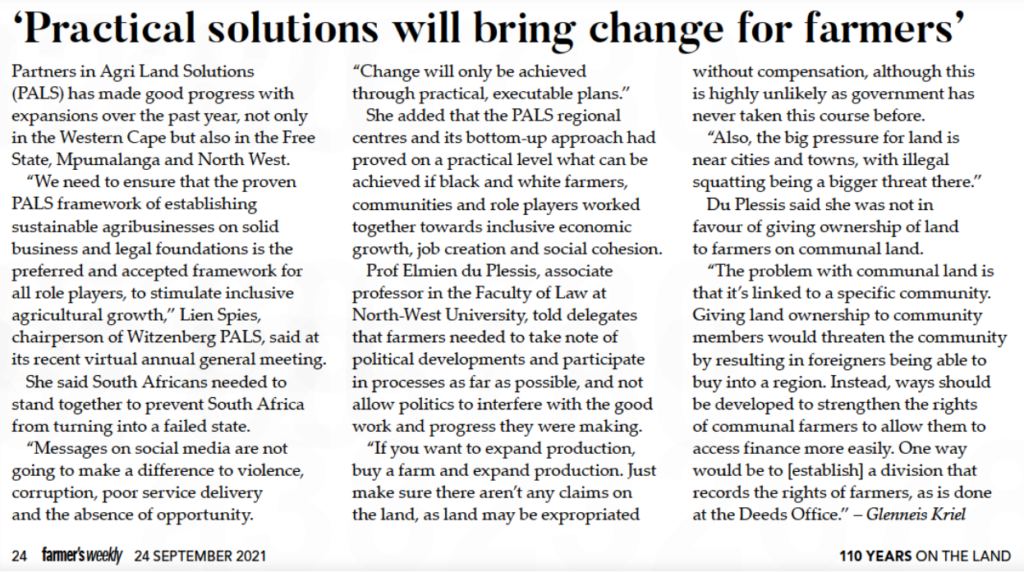